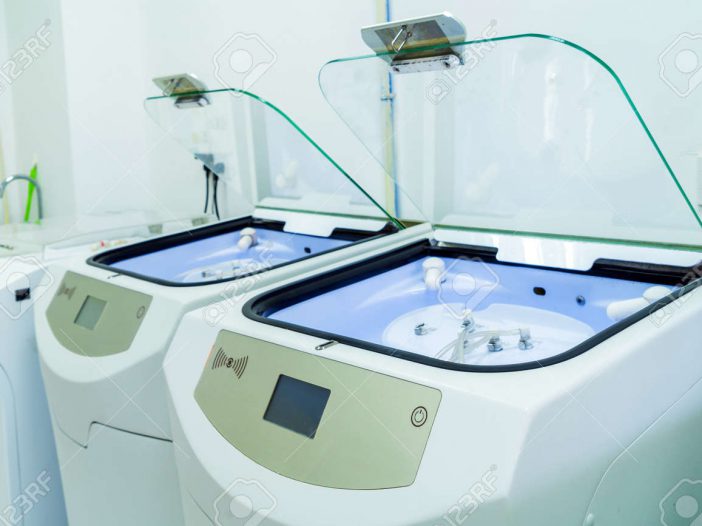 “See to Solve Alert gave us easy problem reporting and a simple but meaningful ‘big board’ view of what was happening in the Sterile Processing area. We could see at a glance where issues were happening.

The power is in its simplicity. We all know how to take a picture, type a few words, send it, done.”

In the Fall of 2019, the hospital system was having trouble with their Sterile Processing work. In fact, the performance of the Sterile Processing Department was a critical concern. The department had been experiencing equipment failures and other issues on a regular basis and was having a tough time meeting all the standards. The Sterile Processing Department (SPD) is critical to the function of the hospital system because they are responsible for washing, sterilizing and re-packing surgical equipment after each day’s procedures so it can all be ready for the next day’s surgeries.

With a JCAHO accreditation visit coming up and surveys of the area indicating a possibility of failure, the Senior Director of the system’s Center for Innovation and Transformational Change, convened a team to focus on improvement. Gemba walks immediately highlighted key areas of concern. The first concern was delayed reporting of issues. “There was a certain resistance when it came to reporting issues in the corporate systems,” the director explains. “We have different reporting systems for different kinds of issues. ServiceNow is one of our
main systems. It’s not that hard to use, but people didn’t want to deal with it. Equipment was failing, so they’d get behind and be rushing to get the work done. As a result, they’d delay reporting and cut corners. They were getting that tumbling effect that happens when things aren’t going smoothly.”

“Equipment was failing, so they’d get behind and be rushing to get the work done. As a result, they’d delay reporting and cut corners. They were getting that tumbling effect that happens when things aren’t going smoothly.”

A second concern highlighted in the gemba walks was lack of visibility in leadership as to the actual current state at any given time. “We knew from the gemba walks that issues were happening, but with delayed reporting, multiple sites and disconnected systems, there was no easy way to keep on top of it.”

With the JCAHO visit looming, hospital operations were at risk. The Director, his project team and hospital leadership all knew they needed intensive action to improve things and new ways of working to get improvement to happen fast.

Serendipitously, around the same time the Sterile Processing improvement initiative was launched, hospital leadership were at a conference where they learned about See to Solve Alert and became intrigued with its potential to help drive continuous improvement. “It was one of those ‘good timing’ things for us,” says the director. “It was just what we needed at the time and from our project team standpoint it was well embraced immediately.”

The first and immediate application of See to Solve Alert was for easy, fast reporting of issues. “With See to Solve, we could allow people to quickly identify a problem, describe the problem, take a picture of the problem, send it off with a click, and be done,” explains the director. “You see it, you say something. It’s really just that simple.”

“With See to Solve, we could allow people to quickly identify a problem,
describe the problem, take a picture of the problem, send it off with a click, and be done. You see it, you say something. It’s really just that simple.”

The team implemented its problem reporting capabilities into day-to-day operations in two ways. First, for formalized morning rounds of all SPD locations and, second, for ad-hoc issue reporting. “You don’t have to be an executive on rounds, or have logins to all the ticketing systems to report a problem,” says the director. The app was configured with categories of potential problems for easy selection of problem types from a list. Behind the scenes, problems were routed based on these problem types so the appropriate group was notified and could take action. “Issues could be with anything,” says the director. “It could be things in the facility, like ceiling lights, a door or a fire extinguisher, or it could be a problem with specialized equipment like washers, sterilizers or printers. The See to Solve system gave us flexibility to handle problem reporting for all of this in one app.”

The second way the team leveraged See to Solve for the improvement effort was to gain visibility. “During this time, we would have a 15-minute meeting every morning, and we would use the See to Solve ‘big board’ to drive that work,” says the director. The ‘big board’ was a way for management to look at all the devices that were critical in Sterile Processing in a one-page view. “It was a long, scrolling page view,” explains the director, “because SPD
has a lot of devices in multiple locations, but our leadership could look at this and immediately know if there was a problem.”

This comprehensive, at-a-glance visibility enabled two key benefits. First, it gave the leaders an early warning sign and a chance to react and remediate issues in a timely manner. “We could immediately see if an important sterilization device was down. It would be highlighted in red,” says the director. “And if I also know that this is one of only four of these devices and it takes 24 hours to get it fixed, I now have a chance to reprioritize our sterilization work to work around this issue and meet tomorrow’s schedule. That’s huge.”

Second, it gave the team data to guide the improvement effort. “We were trying to do transformational change in this area,” explains the director. “In order to do this you need to know what the data is. You need to know the facts on the ground. See to Solve provided this visibility.”

“We were trying to do transformational change in this area. In order to do this you need to know what the data is. You need to know the facts on the ground. See to Solve provided this visibility.”

After implementing See to Solve, problems were reported faster and more consistently. It was easier for leadership to complete morning rounds in SPD quickly. Additionally, throughout the day, staff were much more likely to report problems that needed remediation as soon as a problem was observed or identified. “Speed of notification was the key,” says the director. “It became easier. Issues were more readily reported because the person reporting the issue didn’t need to know what help desk to call or what system to access or how long they’d
have to wait on hold. Everything just went into one See to Solve queue. It became easy.”

With the help of See to Solve’s easy problem reporting and its better visibility of issues throughout SPD, the intensive improvement effort paid off. The daily 15-minute meetings gave leaders opportunities to react in a timely manner to immediate issues, but also provided the insight the team needed to conduct root cause analysis and make lasting changes for the better. “We’ve done some significant redesign work,” says the director. “We’ve added new equipment, re-done some of the facilities and made other changes. We attacked the problem, and as we identified root causes, renovations occurred. We no longer have a panic every day. Performance is much better.”

“From a leadership perspective, what they now see is a job well done.”

The intensive improvement effort in the Sterile Processing area has since abated and the project team no longer needs daily meetings to review the ‘big board’ and conduct remediation and root cause analysis work. Using See to Solve for problem reporting is now part of the culture in the Sterile Processing area. “It’s still a work-in-progress,” says the director, “but from a leadership perspective, what they now see is a job well done. Is it
perfect now? No. But it’s substantially better and we have a solid foundation for further improvement.” 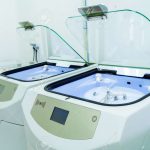 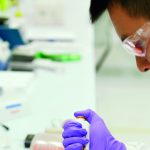